From Iron Man to The IRONMAN 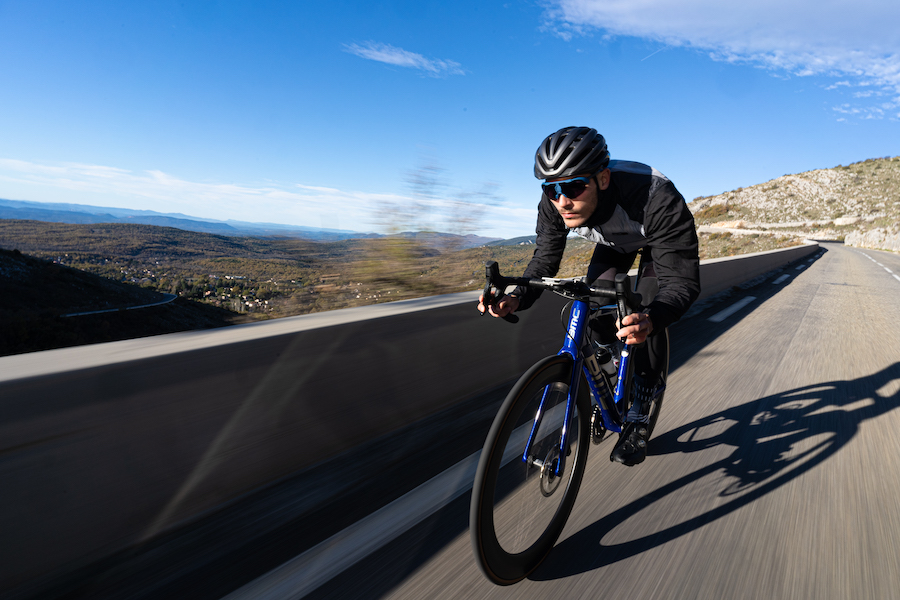 ActiveLook, already specializing in the use of micro-OLED technology, began to see that we could, with the right partners, create a bridge between our technology and the solutions that might be mined via AR. Deftly familiar with heads up displays, we ascertained that there was a large sector of the population that could benefit from the various kinds of information we could easily provide in a heads-up display, using it as a true and valuable extension of a particular user’s activity: the athlete.

Ideally, technological advances should feel like we are transcending our everyday limitations and tapping into what it might feel like to have some kind of superpower. As outsized as that concept might seem on the surface, when we think about how that would relate to everyday life, it might come down to something quite simple and achievable.

One superhero in particular comes to mind when we think of heads-up displays and augmented reality: Iron Man. Other superheroes might employ gadgets and have access to fantasy tech that allows them to fight the bad guys, but it’s Tony Stark, a human man, no special powers, and exceedingly mortal because of the shrapnel forever threatening his heart who transforms once he puts his armored suit and helmet on. But why? What makes Tony Stark special in that moment? In large part, it’s just information: the display allows him to expand his awareness to what’s beyond his senses. The helmet allows him to know more in the moment than he could otherwise possibly know without it.

Of course, having a truly hands-free heads-up display is crucial, as Stark is generally utilizing the suit and helmet in combat or flight, and has his hands otherwise occupied. A quick gesture here or there, and he’s getting the information he needs to make it through the battle.

So, what does that mean for the everyday user who luckily doesn’t end up in combat with a villain like Obadiah Stane? It’s still the same superpower: information. It might look like a runner tracking their pace so as not to exert too much energy where it’s not needed, thus achieving a personal best or, a holy grail, Boston qualifying time. It might look like a cyclist knowing to conserve energy for a grueling upcoming leg, and thereby not falling out of a race all together or, worse, incurring some kind of stress injury.

For ActiveLook, the information is only one part. What earns this technology a place in the future of AR is the fact that this data is imparted in real-time, during the activity, so that performance and effort can immediately be acted or improved upon and, importantly, for athletes in training, this steady flow of data and information provides continual motivation. Alongside this is the unique way the information is transmitted, via BLE, enabling the tech package to stay light and agile, and allowing for a battery life that can carry through a marathon several times over. This is "Light AR", occupying the space between plain eyewear and the clunkier versions of heads-up displays that can feel like we're wearing Tony Stark's helmet, and that have tried, but not yet succeeded, in capturing the best of what AR can be.

Gesture sensors allow for unhampered efforts when in the thick of a time trial or uphill climb. And, unlike the Iron Man helmet, the data comes in a discreet package: the inside lens of a pair of otherwise unremarkable sunglasses. Nearly as light as any sunglasses should be, a major benefit of implementing ActiveLook as a bridge or “companion” technology is the fact that the user is free: free from the weight of a battery, free from invasions of privacy that lurk on other companion apps or websites, free from distractions. The user accesses the data when they need it but otherwise stays focused on their training or activity.

The AR evolution is alive and well, and closer than ever to becoming part of our everyday reality. For ActiveLook athletes, the fantasy of being Iron Man to the reality of becoming an IRONMAN is already here. 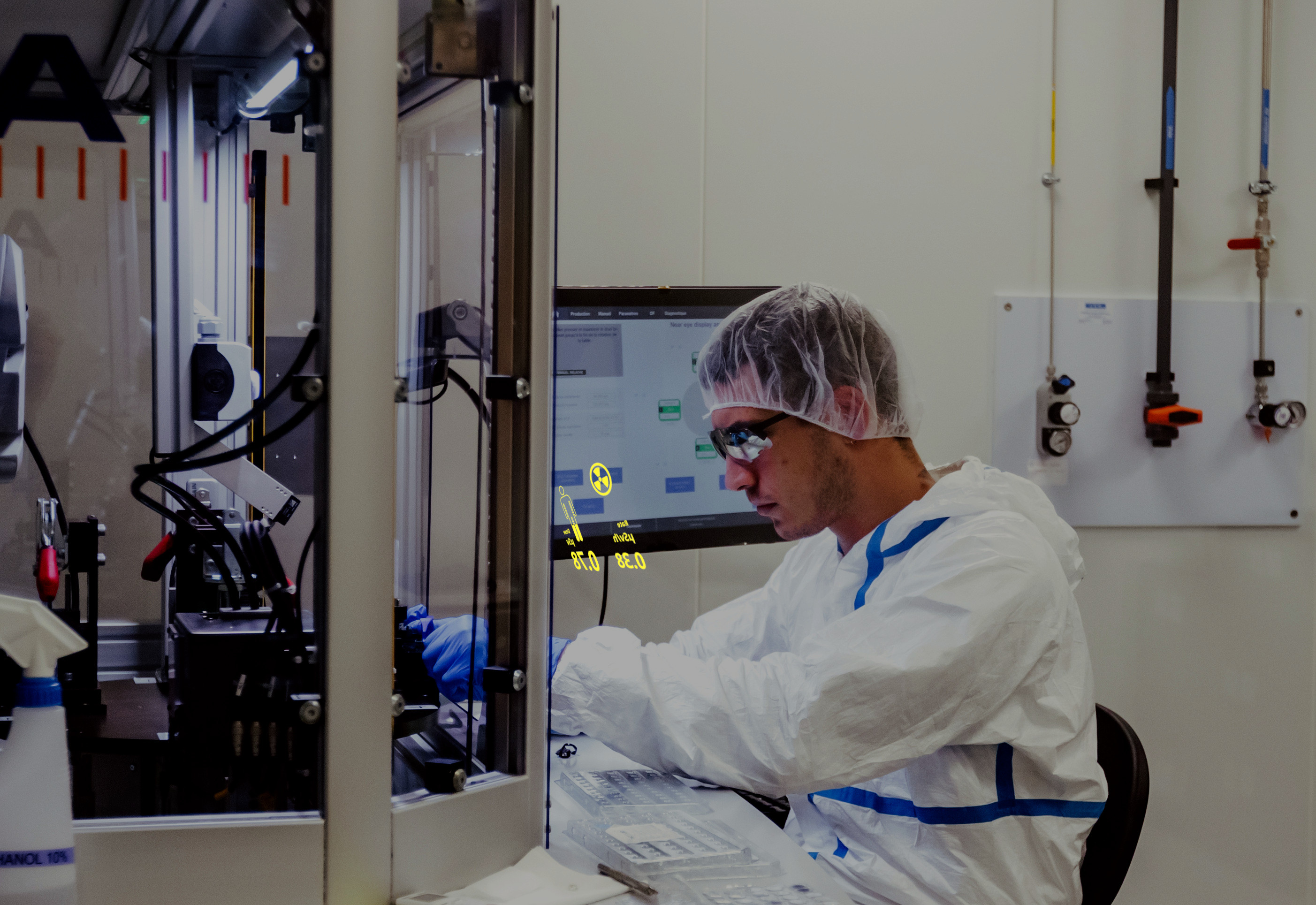 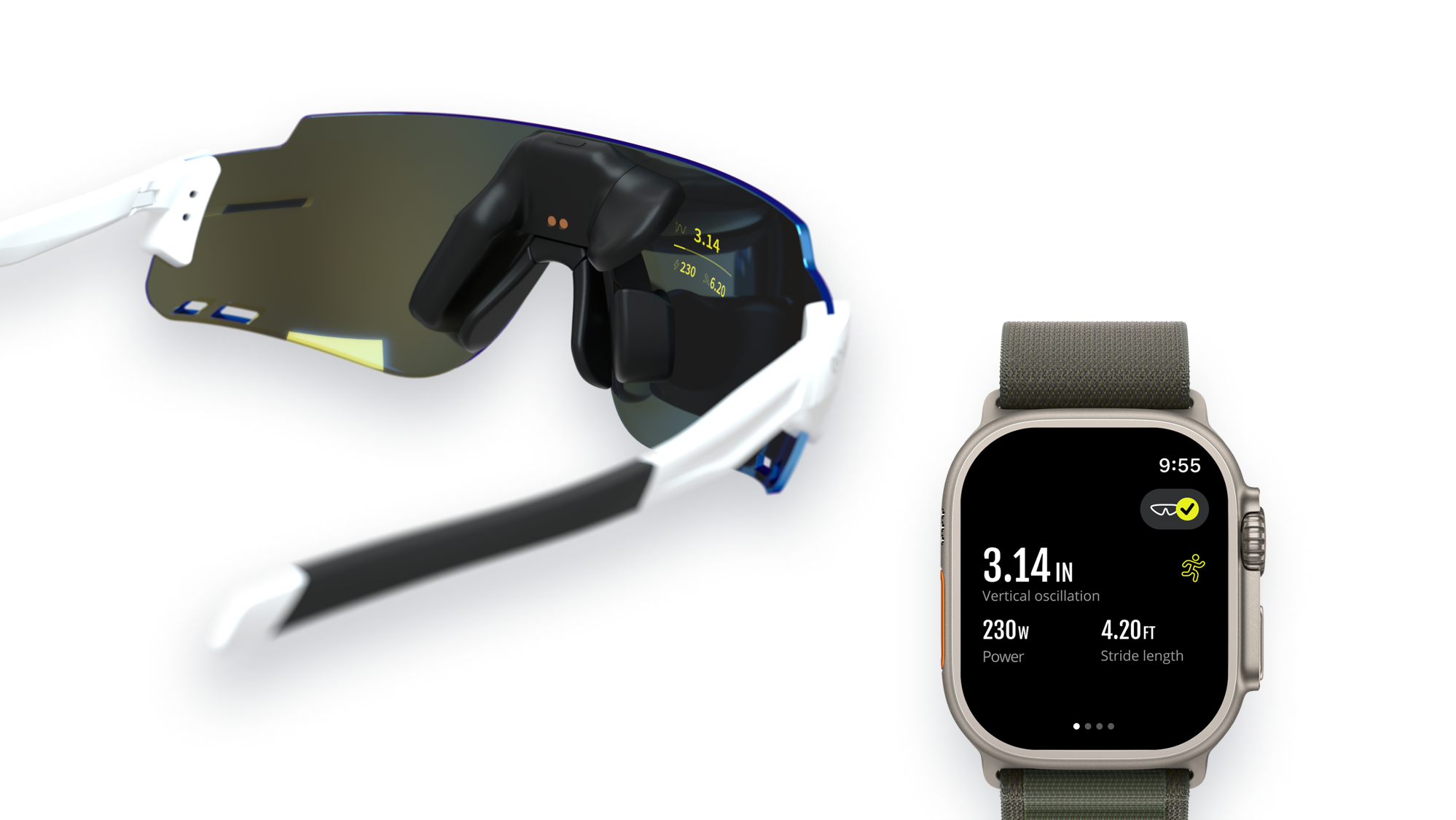 First of its Kind: the ActiveLook “Light AR” Platform Integrates with Apple Watch

Get the latest news from ActiveLook